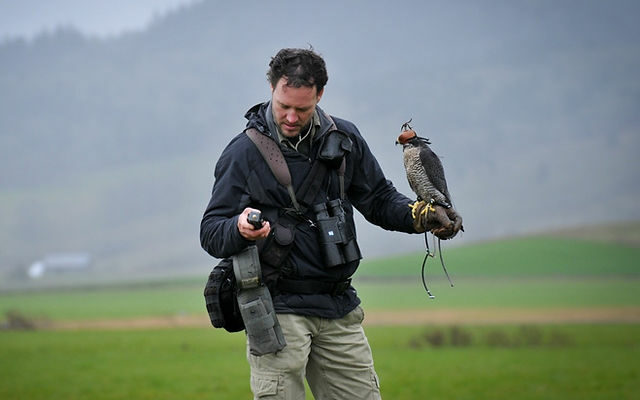 PORTLAND, Ore. — Crows roosting in downtown Portland during the winter months are being scattered with the help of trained hawks and trained falconer’s from Integrated Avian Solutions.

Owner Kort Clayton spoke with KXL’s Brett Reckamp about how they have addressed the issue downtown.  He says they fly the raptors evenings from October through April when the crows like to roost.  He says the presence of the birds of prey is all the crows need to scatter and move along.  Kort says their job is to simply move the crows along and keep them from gathering in huge numbers.  He says the crows are very smart and get the picture quickly when their raptors are flying, but they also come back before too long if they don’t keep the hawks flying regularly.

Kort says their normal types of jobs are in fields and rural areas, but says it’s nice to be able to also work in an urban area like downtown Portland. 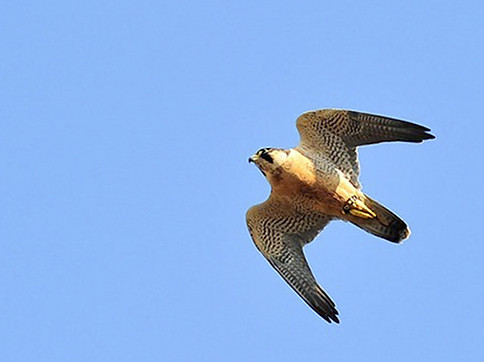 Below is a conversation between Brett & Kort heard on Portland’s Morning News: 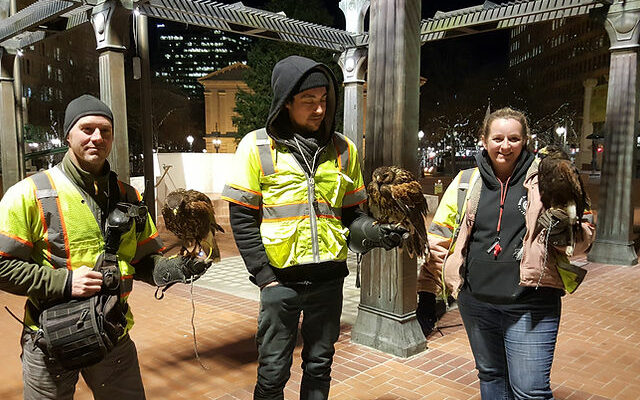