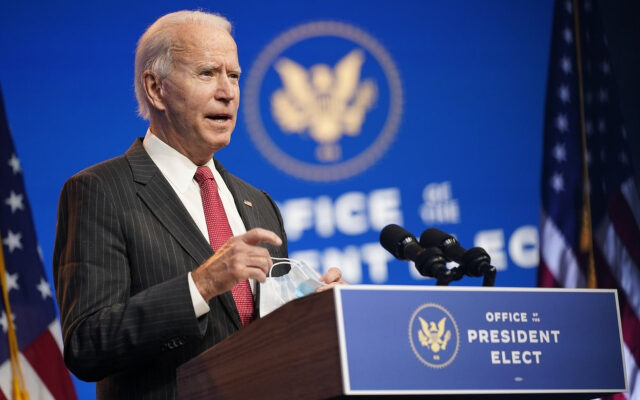 Also attending will be Biden’s selection for agriculture secretary, Tom Vilsack, who held the same post for Obama; Ohio Rep. Marcia Fudge, chosen to be the new administration’s housing chief; and Katherine Tai, who is chief trade counsel for the House Ways and Means Committee and has been tapped as U.S. trade representative.

Obama was first elected on promises to move beyond partisan politics, but saw some major policy goals crash into an uncooperative Congress, especially after Republican gains in the 2010 midterms. Some progressive Democrats now worry that Biden is drawing too much from the Obama team, which they feel should have been bolder in its efforts to remake government.

Mark Riddle, a Democratic strategist who founded a pro-Biden Super PAC during the 2020 presidential campaign, said there is no danger in relying too heavily on “all star” former Obama administration leaders. But he advised Biden’s team to prioritize controlling the coronavirus pandemic enough to spur economic growth, rather than having arguments over social policies that might allow congressional Republicans to more easily block sweeping policy initiatives.

“The success or failure of the administration out of the box is going to be, Do they focus on jobs?,” Riddle said. “If we come out of the box on jobs, jobs, jobs, I feel great. If we are about a bunch of other, say, progressive ideals, we could be right back where we were.”

Rice, who was once thought to be a finalist to become Biden’s running mate before Biden settled on Kamala Harris, is set to have wide ranging sway over the incoming administration’s approach to immigration, health care and racial inequality. She worked closely with Biden when he was Obama’s vice president and won’t require Senate confirmation — which could have faced stiff Republican opposition.

McDonough has been tasked with running a large agency that has presented organizational challenges for both parties over the years. Vilsack, a former Iowa governor, is expected to direct agriculture policy with an eye toward major farming states, similar to what he did for Obama.

Fudge is Biden’s pick to head the Department of Housing and Urban Development despite some prominent African American Democrats in Congress urging him to make her agriculture secretary — and therefore rethink how the federal government combats hunger issues nationwide.

Those in line to head agencies require Senate approval, as does Tai.

Rice and Fudge are African American and Tai is Asian American, reflecting Biden’s promise to choose a diverse Cabinet that reflects the makeup of the country.