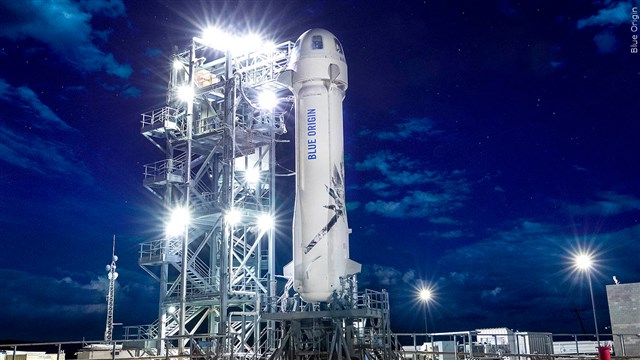 No one was aboard, only science experiments.

The Blue Origin rocket blasted off from West Texas on Monday.

Barely a minute into the flight, bright yellow flames shot out from around the single engine at the bottom.

The capsule’s emergency launch abort system immediately kicked in, lifting the craft off the top.

Several minutes later, the capsule parachuted onto the remote desert floor, but the rocket crashed back to Earth.

It was the 23rd flight for the New Shepard program, named after Mercury astronaut Alan Shepard.