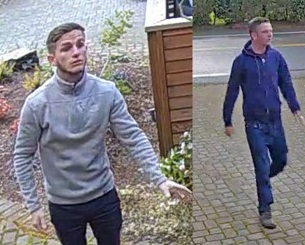 Lake Oswego, Ore. – A group posing as roofers are reportedly scamming local homeowners out of thousands. Police are warning residents about the fake workers in Lake Oswego and Portland. The suspects are white men in their mid 20’s to 30’s, with heavy Irish accents. They may be going door to door, offering to do jobs like power washing or repairs.  One homeowner claims they were going to remove some moss, but actually damaged his roof. Now it has to be fixed by real pros. If you think you may be a victim call police.