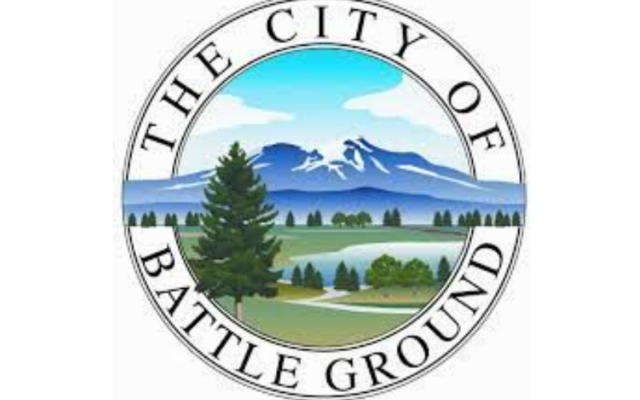 BATTLE GROUND, Wa.– There is controversy over Position #1 on the Battle Ground City Council .  Incumbent Brian Munson is being challenged by Businessman Troy McCoy.  The election outcome, a vote by mail process  will have a final determination by 8PM on November 2, 2021.  FM News 101 talked with both candidates and Adrian Cortes , Mayor.  Cortes says, ” I never thought Portland style politics would come to my small town.” Case in Point a Protest in front of his house in support of a medical freedom ordinance. The protest was put together by council Member Brian Munson he rallied people on facebook.  Cortes says, “I’ve never heard of  city council member anywhere encouraging this kind of activity.  It usual comes from outside groups.”
Several people interviewed by Reporter Rosemary Reynolds expressed  fear of retaliation and were very guarded about making statements. Troy McCoy says, ” Battle Ground needs to be a city that serves everyone. People are worried that only certain groups with certain ideas will be heard. ”  Battle Ground currently has close to 21 thousand residents.  McCoy understands community worries as the election has brought on harassment, dead animals on porches, and death threats.  He describes it as, “UGLY”  McCoy would like to see a change in the tax code for businesses.  He also is a proponent of safe streets and sidewalks plus other public safety issues.

if re-elected Munson wants to work on the budget and setting up code enforcement. School levy supporters said they felt intimidated by him when they were out campaigning. He wanted them to move from a street corner . They say his tone was aggressive as he said to someone on the other end of the phone,  “I want everyone to come down here and choke them out.”  He defends himself by saying, ” It’s really easy for people to make stuff up.  I did make a phone call and I did ask people to move down so we could have better visibility on a street corner.  I really caution people not to make words up.”

Brian Munson has been accused of having a lack of composure …yelling at people in the park where a woman filed an ethics complaint.. speaking in a threatening aggressive tone and voter suppression.  He says, ” People have not always been kind to me or my son , taking a run at me and my son over false claims.  I don’t know if that has to do with my opponent being on the school board.” If re-elected,  Munson wants to spend more time working on the city budget and following through with code enforcement throughout Battle Ground.