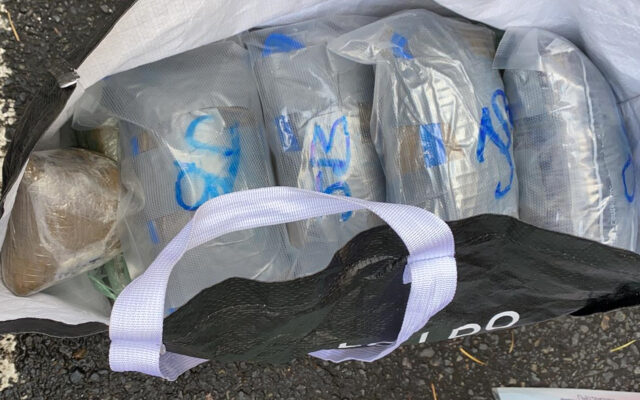 PORTLAND, Ore. — 12 members of a drug trafficking organization are facing federal charges for conspiring to distribute counterfeit prescription drugs in Oregon and Washington and laundering millions of dollars through a salon in Tualatin.

DEA agents began investigating the organization led by 32-year-old Luis Arrendondo last fall after suspecting him of importing counterfeit oxycodone pills containing fentanyl and heroin from Mexico into California and transporting it to Oregon and Washington for distribution.

The U.S. Attorney’s Office says the fake pills were and stamped “M/30”, the designation for oxycodone.

Arrendondo’s partner and accomplice, 41-year-old Jacqueline Barrientos, was indicted as the chief money launderer.  This was done through the Mazatlán Beauty Salon in Tualatin, Oregon and by buying real estate.  Deposits totaled more than $3.5 million during a 9-month period in 2021.

Arrendondo and Barrientos were arrested last month at their residence in Las Vegas.  Agents seized two of their luxury vehicles, receipts documenting high-end retail purchases, credit card statements documenting more than $16,000 spent on tickets to attend a professional boxing match and other evidence of the couple’s high-end lifestyle.  Ten co-conspirators were also arrested and all 12 are pending trial.

Authorities say members of the organization purchased outright nine residential properties in Oregon and Nevada with an estimated total value of more than $4.6 million.  Search warrants were served at properties in Hillsboro, Portland, Tualatin, and Wilsonville along with Fresno and Hawaiian Gardens, California and Las Vegas, Nevada.

Fentanyl is a synthetic opioid that’s 80 to 100 times more powerful than morphine and 30 to 50 times more powerful than heroin.  A few grains of the substance can kill an average adult male.  The availability of illicit fentanyl in Oregon has caused a dramatic increase in overdose deaths throughout the state.  The same kind of pills police say led to the deaths of two Portland teens earlier this month.

Data from the Centers for Disease Control and Prevention shows an increase of nearly 29% in overdoses between last April and the previous 12 months with more than 100,000 nationwide.  Synthetic opioids, primarily fentanyl, have accounted for more than three quarters of overdose deaths.