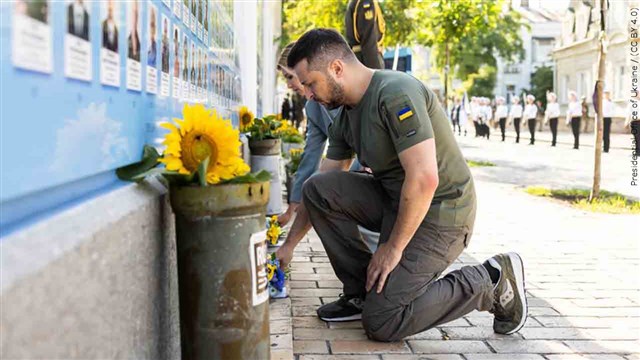 POKROVSK, Ukraine (AP) – A Ukrainian official says the death toll from a Russian rocket attack on Ukraine’s Independence Day has risen to 25.

The deputy head of the Ukrainian presidential office reported Thursday that the victims included an 11-year-old boy found under the rubble of a house and a 6-year-old killed in a car fire near a train station that was the target.

Russia’s Defense Ministry said Thursday that its forces used an Iskander missile to strike a military train carrying Ukrainian troops and equipment to the front line in eastern Ukraine.

The lethal strike on Wednesday happened in Chaplyne, a town of about 3,500 people in the central Dnipropetrovsk region.