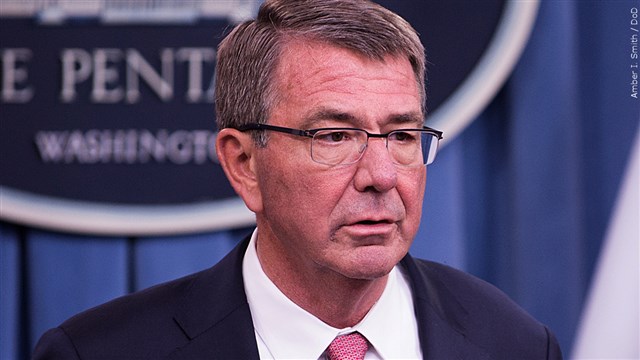 His family says he died after suffering a heart attack on Monday.

In 2015, Carter ordered the military to open all jobs to women, removing the final barriers that kept women from serving in combat, including the most dangerous and grueling commando posts.

The following year, he ended the ban on transgender troops, saying it was the right thing to do.

Known as a defense thinker and strategist, Carter was a nuclear expert, three-time Pentagon executive, budget guru and academician who had served as a defense civilian in the building over a period of 35 years.