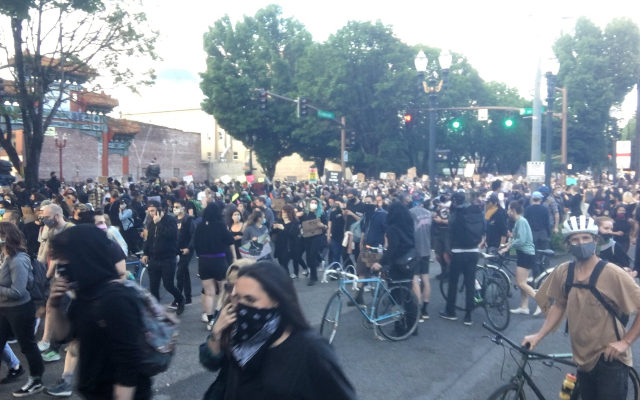 PORTLAND, Ore. — A fifth night of protests over the death of George Floyd in the custody of Minneapolis Police took a familiar turn on Tuesday night.  A protest that was mostly peaceful in downtown Portland turned violent with people throwing projectiles at officers and damaging property. 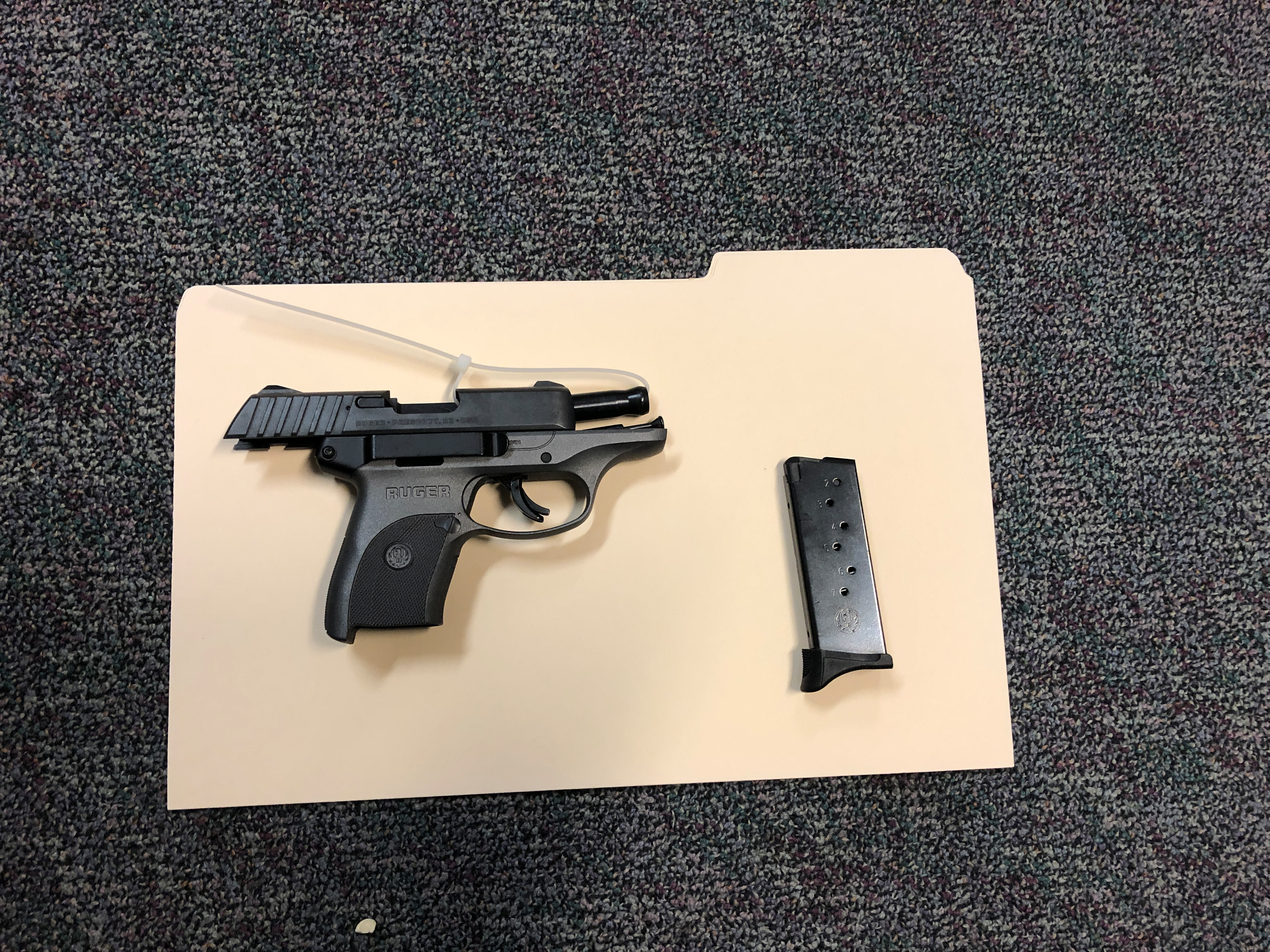 Much like previous nights, two organized groups gathered at Pioneer Courthouse Square downtown and Revolution Hall in Southeast Portland around 6:00pm.  Thousands marched from the eastside across the Burnside Bridge to meet up with the other group.  They stopped on the bridge and laid down.

A pick up truck just raced thru 4th & Burnside intersection. Very scary. Doesn’t appear anyone was hurt. Some demonstrators gave chase but truck took off. pic.twitter.com/X3sdwwLuRI

After joining up at the square, the large group rallied peacefully for several hours as speakers addressed the crowd.

At the same time, several hundred other protesters attempted to breach the security fence at Southwest 4th and Taylor.  They threw projectiles at officers including mortars, glass bottles and baseball bats.  Police declared the area an “unlawful assembly” and told people to disperse immediately.  The crowd continued to throw projectiles at officers until crowd control munitions were used to disperse them.

After the rally at Pioneer Courthouse Square ended around 10:00pm, thousands peacefully marched back to Revolution Hall.

Around 11:15pm, hundreds re-assembled at the fencing at 4th and Taylor and remained peaceful for about 30 minutes before throwing projectiles again at officers, including from the 4th level of parking garage.  The protesters were again admonished.  Police broke up the group again using crowd control munitions.

Things were quiet for another half hour or so before protesters started using barricades to block the intersection of Southwest 6th and Yamhill after midnight.  Pallets and other items were used to create a large pile in the street on the MAX tracks.  A bucket of what was believed to be an accelerant was poured on the pile of items by a protester, creating a significant concern for life and safety.

After announcing this was a civil disturbance and people needed to immediately leave the area, officers drove through the pile to prevent it from being ignited.

This was the clip that made @LauralPorter & me gasp on live TV.

We saw people moving barricades & equipment around Pioneer Square… when a police SUV came speeding through. Ppl ran out of the way.

This was around 12:14 a.m. @PortlandPolice can you tell us what happened? pic.twitter.com/K7ejbx1FHi

The group then split up into smaller groups for several hours setting fires, creating mayhem and civil disturbance.  Officers made arrests and continued to disperse the small groups.  Most of the protesters had left the area by 2:00am.

“I want to recognize the thousands of demonstrators who came downtown in a peaceful manner and exercised their first amendment rights,” said Police Chief Jami Resch. “There are many thousands of you who are not involved in violence and destruction and I thank you. I still hear your message and know the others who are engaging in criminal acts do not represent you.  Many others aggressively engaged in acts of violence directed at the police tonight.  Fireworks, bottles, bats, ball bearings, batteries and other projectiles were thrown at police throughout the night.  Every day is a different situation and events unfold at a rapid pace.  I ask if demonstrators are planning to come downtown in the coming days to avoid bringing children, heed sound truck warnings and obey lawful orders.”

2 a.m update: Activity downtown has subsided. Vehicles were marked as a method for identifying those engaged in criminal behavior and to increase public safety for all. pic.twitter.com/Yluah8F3F7