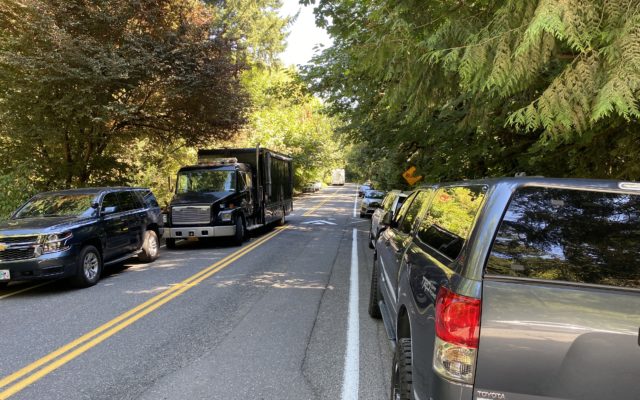 Portland, Ore. – The armed suspect involved in a 22-hour standoff with Portland police at Forest Park has been identified as 47-year-old Sean Katterle. He was arrested Sunday morning without the use of extra police force, and reportedly walked out on his own. Katterle is facing several charges including attempted burglary, attempting to assault a law enforcement animal, and a felon in possession of body armor and weapon. Sgt. Kevin Allen with PPB tells KXL officers and negotiators have to be very careful in situations with armed suspects who are experiencing a crisis. Many times they use time as a tactic to resolve the situation peacefully. Sgt. Allen says if officers rush into a situation like this they could get hurt too.

Sunday morning, Portland Police said that they took a man into custody after an over 20 hour negotiation.

The man had barricaded himself in an area of Forest Park on Saturday.

Police took the man to a hospital for mental evaluation after they say they believe he is having a mental health crisis.

In a press release sent out early Sunday police said “He continues to threaten with knives and claim he has a gun. No gun has been seen by officers, but there’s enough concern he could have a gun that officers have stayed at a safe distance. He is also believed to be wearing some kind of body armor. Additionally, the event has been complicated by steep and rugged terrain and remote location that has made communications difficult. Due to the unusually complicated set of circumstances, the Critical Incident Commander continues to use time and distance as a tactic, hoping to avoid precipitating an armed confrontation. After multiple warnings, force options have also been attempted, including OC (pepper) spray and impact munition, pepper balls, CS (tear) gas, and a 40mm less-lethal foam baton launcher. A K9 unit was deployed but he tried to stab the dog with one of his knives. None of these efforts has been effective.” 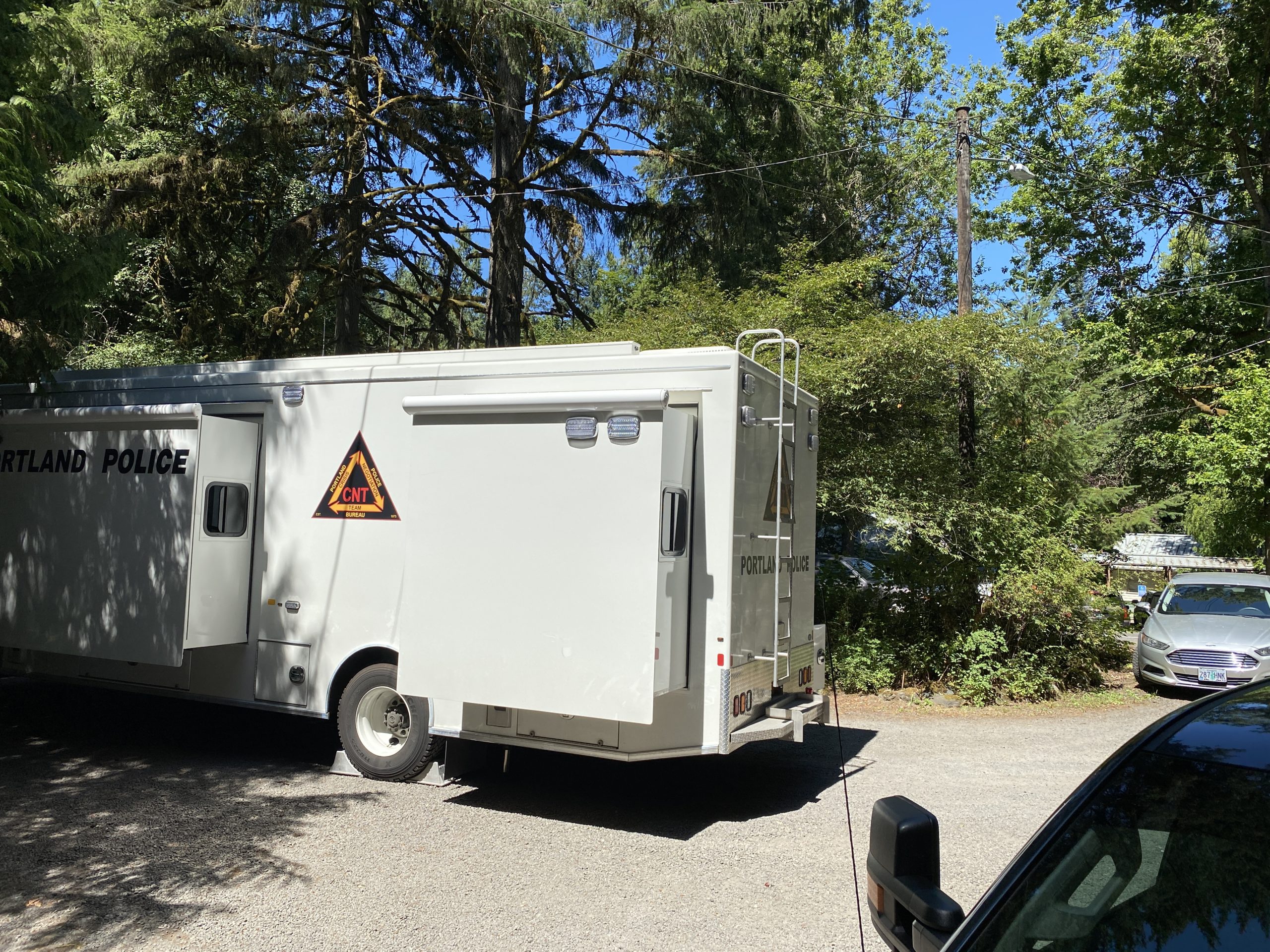 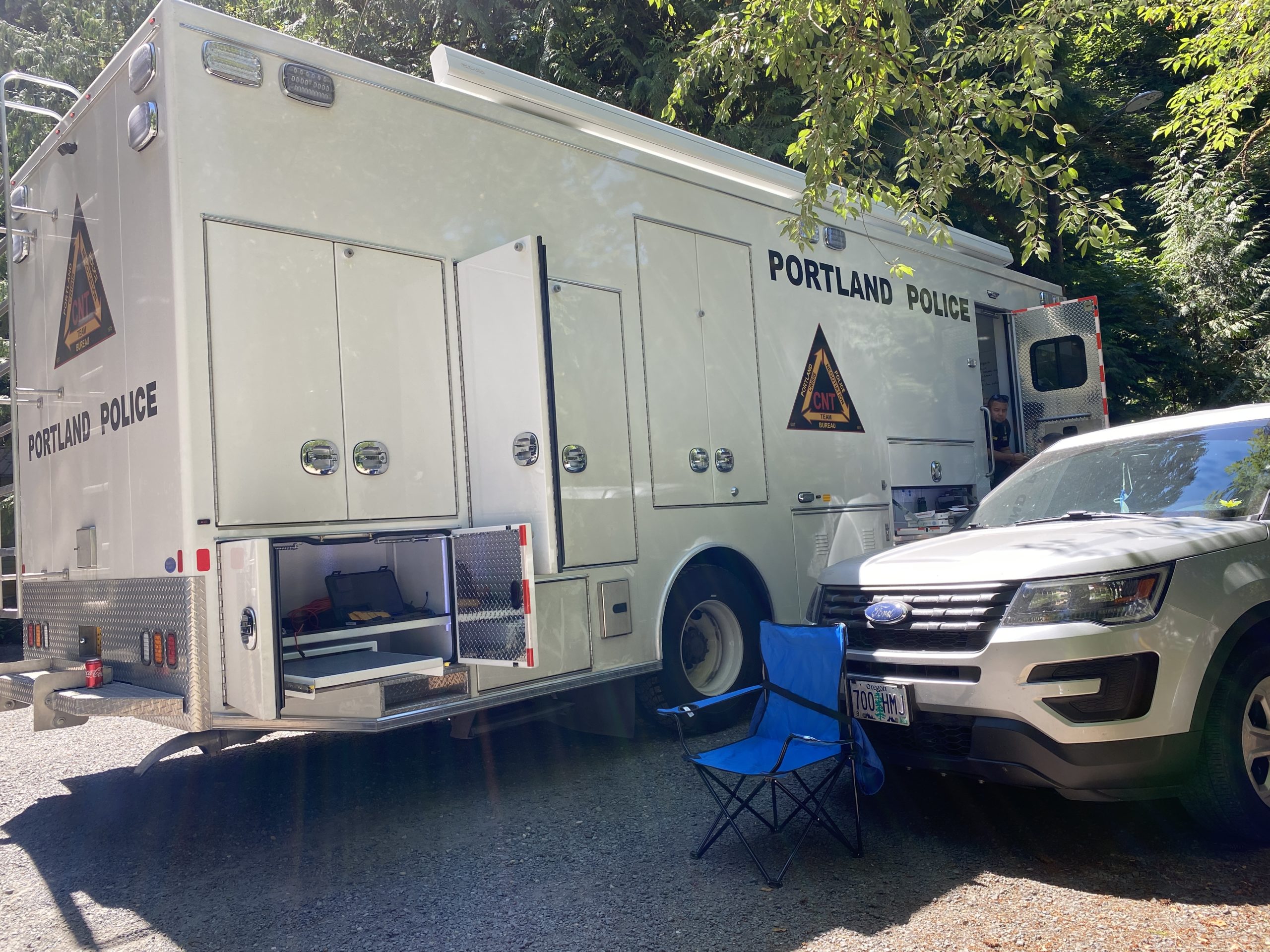 Portland Police are currently negotiating with a burglary suspect to peacefully come out from where they are barricaded.

Police say early Saturday morning they responded to a call about someone trying to break into a home on Northwest Thurman Street.

The caller reportedly told officers that a gunshot may have been fire outside their home.

Police say shortly after they were notified that a man at Lower Macleay Trail was allegedly ” holding two knives and following hikers telling them to turn around and leave.”

According to a police press release “Officers located the suspect near the intersection of Lower Macleay Trail and Wildwood Trail. He produced two knives and began walking toward the officers. An officer deployed a less-lethal foam tipped round and that stopped his advance, but he turned and ran, going down a steep embankment and stopping at what appears to be a campsite. Officers communicated with him from a distance and he claimed to have a gun and said he would shoot the officers.”

Police say they believe that the suspect is the same person that they’ve have been called about multiple times, with many reportedly involving threats with knives.