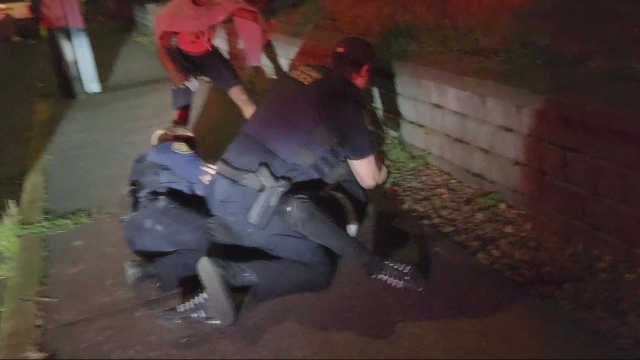 PORTLAND, Ore. — An armed suspect in a domestic violence dispute was shot and killed by a Portland Police officer early Sunday morning.

Officers were called to a psychical fight between a man and woman near Southeast 148th and Clinton Street just after midnight.  While trying to arrest the man, video shows him shoot at officers.

WARNING: This video is graphic and could be disturbing to watch.

Officer Mina Cavalli-Singer returned fire and the suspect died at the scene.  He has been identified as 19-year-old Johnathan Worth.

“I’m glad our officers are okay, and this highlights how dangerous this job can be,” said Portland Police Chief Lovell.

As part of the use of force review process, the bureau will conduct an internal review of the entire incident before the case goes before the Police Review Board.