Another Riot Declared In Downtown Portland 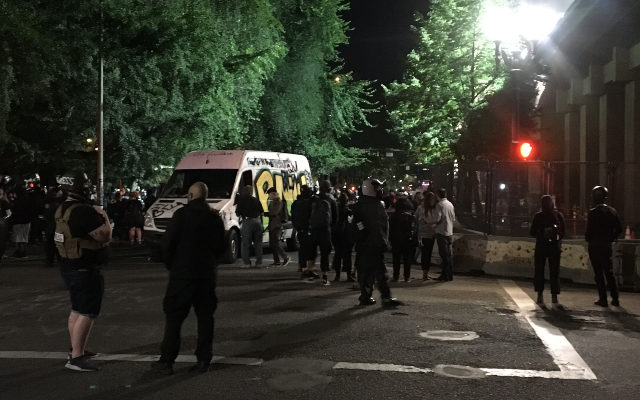 A rally at Chapman Square and Lownsdale Square parks was mostly peaceful.  The group blocked traffic at Southwest 3rd and Main for several hours.

Late in the evening, demonstrators threw fireworks and other objects such as cans of paint, rocks, bottles and eggs over the fence surrounding the Mark O. Hatfield U.S. Courthouse at officers and lit small fires outside the courthouse and Central Precinct.  Lasers were shined at the eyes of officers. 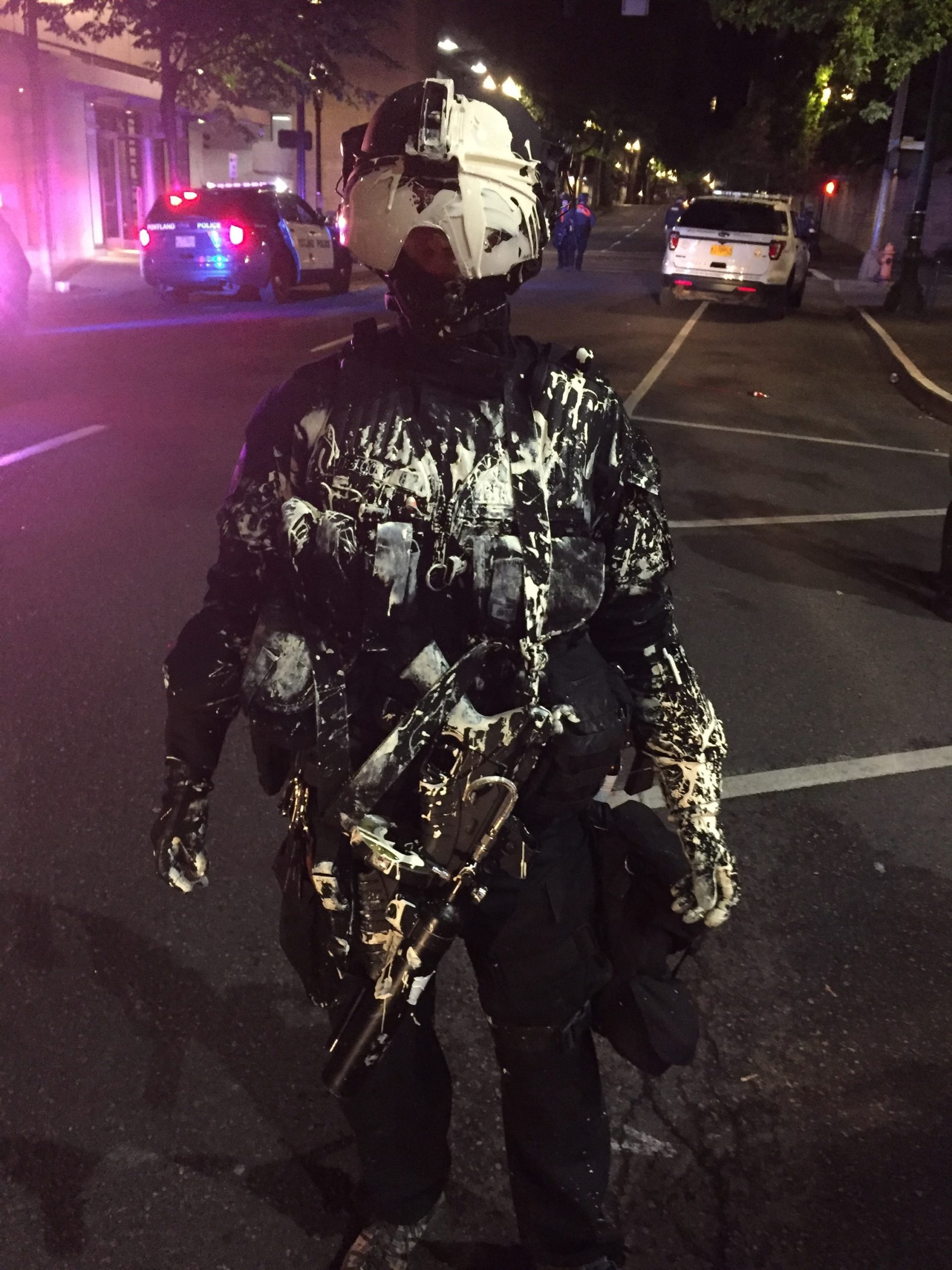 One officers suffered a severe hand injury and several others had minor injuries.

Some of the demonstrators wore helmets, gas masks and were armed with shields and batons.

Portland Police and Oregon State Police made attempts to disperse the crowd.  The riot was declared around midnight after police warned the crowd to leave and they did not.

Police used CS gas and crowd control munitions to deter the crowd.  Several demonstrators were arrested as police cleared the streets including someone who vandalized a police car.