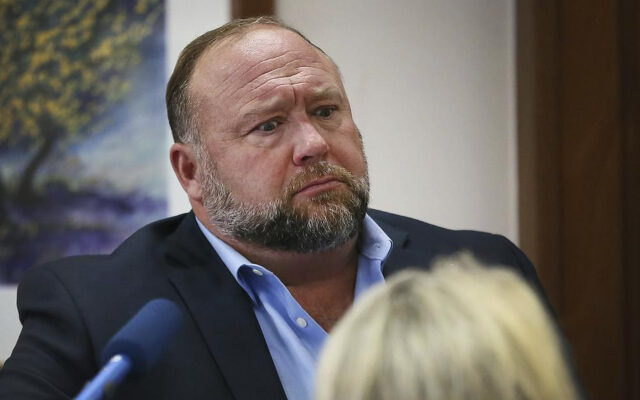 HARTFORD, Conn. (AP) – Conspiracy theorist Alex Jones and his company have been ordered to pay an extra $473 million to families and an FBI agent for calling the 2012 Sandy Hook school shooting a hoax.

The punitive damages imposed by a Connecticut judge Thursday bring the total judgment against him in a lawsuit filed by the victims’ families to a staggering $1.44 billion.

The Infowars host is vowing to appeal the case and is calling the punitive damages award “ridiculous.”

Twenty children and six educators were killed in the shooting.

Victims’ relatives testified they’ve been threatened and harassed for years by people who believe Jones’ lies about the shooting.