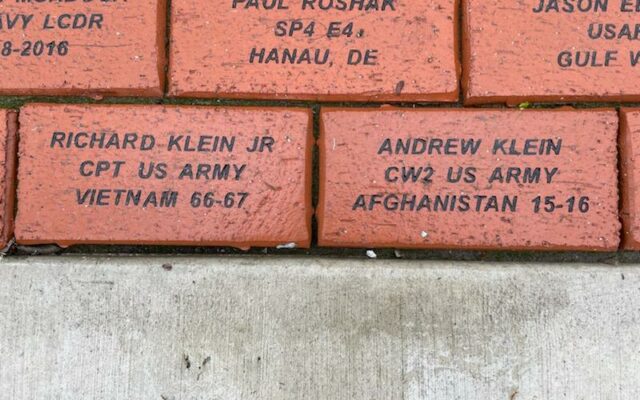 NORTH PLAINS, Ore–Captain Andrew Klein is with TVFR now at the North Plains Station. Previously he began his military career with both the Oregon and Washington National Guard. He became part of Special Forces and retired from the service after 26 years.  Our job was to Train advise and assist Afghan commandos. They also helped with the transition to do missions completely on their own.  Language was a barrier sometimes.  Officers would speak English.  They were very receptive to the U.S. Military.

Captain Klein says working in public safety was a natural for him.  “The two jobs have a lot of things in common. Everything is based on teamwork.”  Featured in the photos sent to KXL are two bricks at North Plains Veterans Park.  The one on the left belongs to Klein’s Dad.  The one on the right is his.  If you would like to purchase a brick for the park, that can be done at North Plains City Hall. 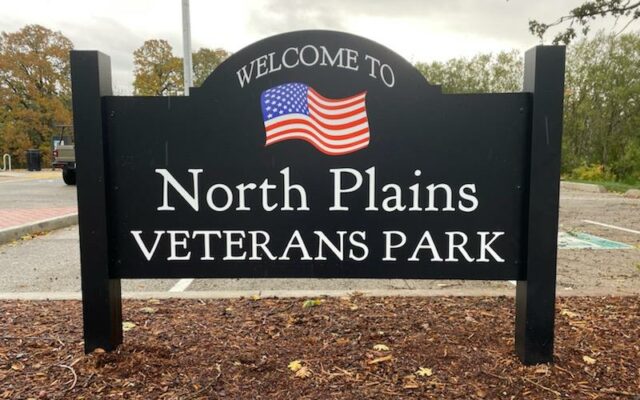 Sadly, a member of Andrew Klein’s Special Forces Team died during a mission.  Sergeant First Class Matthew McClintock lost his life while  setting up a helicopter landing zone.  He was struck by enemy fire on January 5, 2016 in Mariah, Afghanistan.  Andrew has some thoughts  to share about America and its veterans.  ” It is nice to hear thank you for your service.  Take it further ask people what did you do who did you serve with?  It’s only 1% of the population who choose to serve. We are 100% volunteer in the armed forces and we take a lot of pride in that.”