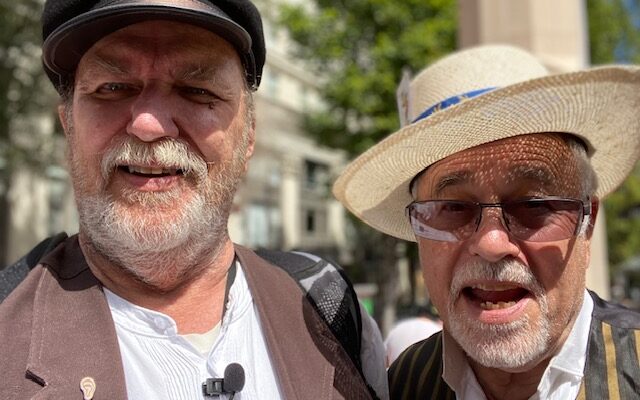 The quirky “Un-Tour” of Portland!

If you love history and have a sense of humor there are a couple of walking tours you will want to take.  The SinCity Portland Walking Tours cover things like: Portland’s Haunted Hotel, the world’s smallest park, the Case of the Anorexic Elk, the Salmon Springs Nude Bathing & Wash Station, the Mystery of the Abandoned Civic Buildings, and Who Statue-napped Abe & Teddy?

Former KGW AM newsman Dave Paull and retired Marcomm writer and history buff Jim Fisher are long time Portlanders who love to talk about how the city got it’s start, the steamboats that crowded the Willamette River, and some of the city’s key players. They will take you on two tours:  The Sin City Walking Tour, and Shanghaied in Portland.  They are the only tours in Portland led by re-enactors, and they’re meant to be fun!

And for those of you who think the tour of the City of Roses is all covered all in roses, it’s not. They take a deep look at Portland’s dark side from the past and the present. They focus a lot on the 1890’s when Portland was named the most dangerous seaport in the world by the governments of Britain, France and Germany. They also look at modern day crime.