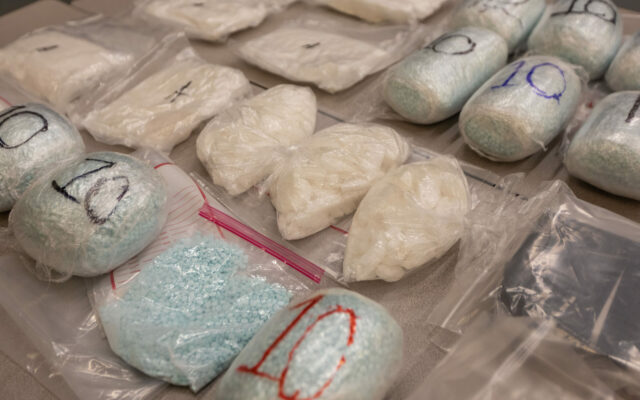 The bust happened September 18, 2022, after deputies learned that a person was driving to the Portland-area with a substantial amount of illegal drugs. Deputies, with the assistance of Clackamas County Interagency Task Force, found and followed the vehicle into Clackamas County. Clackamas County sheriff’s deputies pulled the vehicle over and the Multnomah County Special Investigations Unit  presented the search warrant to the driver.

Inside the car, deputies discovered fentanyl, cocaine and meth. Drug tests revealed that the cocaine was also cut with fentanyl, which is a rising trend SIU has observed in the metro area.

Based on the deputies months long investigation, it is believed that the bulk of these drugs would have been distributed in Multnomah County.

“Even the smallest amounts of fentanyl – one pill – can kill,” said Sheriff Mike Reese. “By taking more than 90 thousand fentanyl pills off our streets, our deputies are saving countless lives.”

FM News 101 requested further details regarding the investigation and arrest, but were told by a Multnomah County Sheriff’s Office spokesperson that no one was available to speak with our reporters.