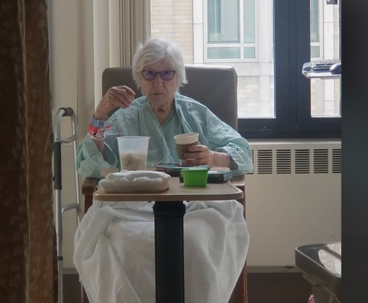 King County, WA (CBS NEWS) A 90-year-old woman who contracted coronavirus at Life Care Center senior care facility in Seattle has recovered, her family says. Life Care Center experienced a massive spread of the virus in mid-February. According to a CDC investigation, 62% of the roughly 130 elderly residents had become infected and more than a quarter of them have died.

Geneva Wood, however, is now a beacon of hope for the thousands of Americans with the virus – and the millions more fearing it. Health officials have said elderly people and those with chronic medical problems are especially vulnerable to the disease.

Neidigh, a fashion writer for the local publication, says this is not a “doom and gloom” story. Wood is a “true fighter,” Neidigh writes, explaining her husband’s grandmother moved to the care center in January after suffering a stroke.

When Wood tested positive for COVID-19, the family was “stricken, and in shock,” and “mad,” Neidigh writes. Wood, however had a different outlook. “I’m going to fight this for my family and make everyone proud,” she told Cami through a glass pane while in isolation at the hospital.

Cami Neidigh also wrote a post about her mother, tagging the 90-year-old on Facebook in the uplifting update. “It’s the Potato Soup!!! She knew that’s what she needed to help her get better!” Neidigh joked. “It’s working and the doctor and nurses are wanting the recipe!”

Neidigh wrote the doctors were able to slowly take her mom off oxygen, and although she still had a stuffy nose on Monday, they expected her to be symptom free very shortly. “She will still need to stay in isolation until she goes through their protocol for being listed as clear and recovered,” Neidigh wrote. “If she continues on her current path, she could possibly be discharged to go home in approximately a week.”

Neidigh was excited to share the good news about her mom, writing “I think I just exhaled.”

“Never underestimate the power of thoughts and prayers! Keep it up, it’s working!” the daughter wrote.

Wood has five kids, 11 grandchildren, 12 great-grandchildren and 3 great-great-grandchildren, according to Kate Neidigh’s article for Seattle Refined. “The love of her family had been a driving force in everything she did pre-coronavirus. No way was this going to change after-the-fact,” she wrote.

In a message to CBS News, Kate Neidigh said Wood is still getting better each day. “They still need to do some tests. But doctors are already talking to the family about a discharge plan,” she said. 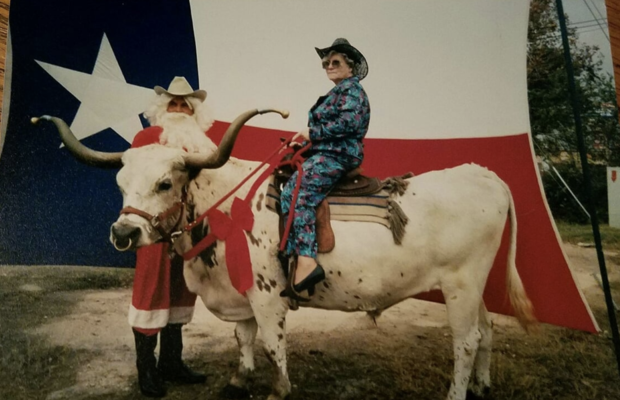