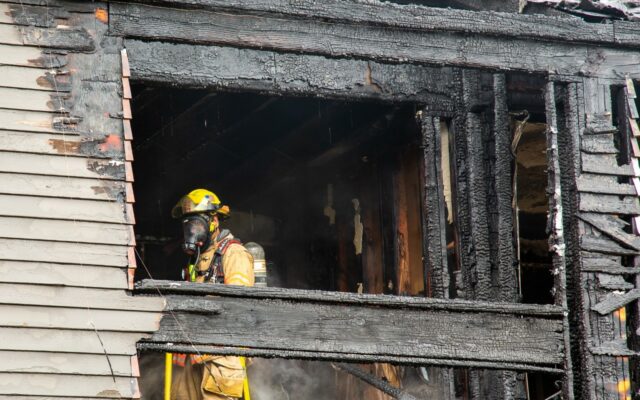 Around 9:23 Saturday morning Portland Fire and Rescue say they responded to reports of an apartment fire on SE 28th at SE Colt Drive.

Crews say they arrived and found a three story apartment building with heavy fire showing from all three floors.

Firefighters say they requested a second alarm to bring more resources to the scene.

Fire crews were able to quickly get the fire under control before it could spread to any other structures.

In total 8 people have been displaced from four units.

Red cross is said to be assisting those affected.

The fire’s cause is under investigation.