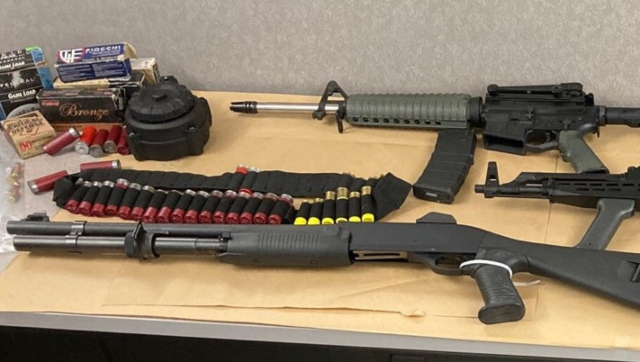 Police were looking into an illegal operation dealing in drugs, weapons and stolen cars.

The guns were found during the execution of a search warrant.  Two of the seven firearms had been reported stolen.

“We’re glad to have these off the streets and out of the hands of criminals,” said the department in a Tweet.