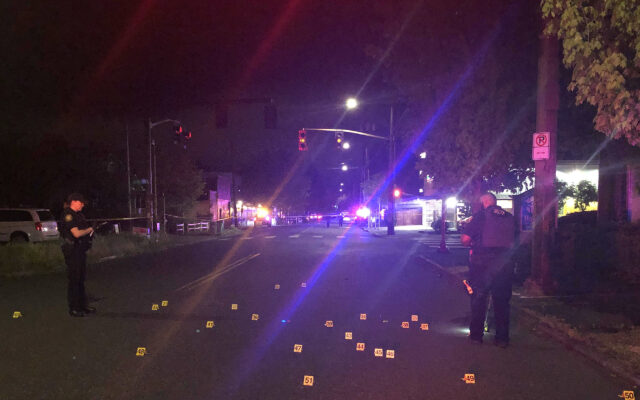 PORTLAND, Ore. — A man was arrested after police say he fired dozen of bullets in Northeast Portland, climbed into the driver’s seat of a stolen vehicle and sped off from officers early Tuesday morning.

Officers at North Precinct heard bullets whizzing past their building around 2:00 and neighbors called 911 reporting gunshots on Northeast Killingsworth Street between 15th and 17th.

The driver would not stop until spike strips popped the tires at Northeast Grand and Broadway.  He got out and ran, but officers caught him a few blocks away.

A .45 pistol was found near where he was along with three casings and three live rounds in his pocket.  There were more than 60 shell casings in the street between those two blocks and several buildings were damaged, but it appears that nobody was injured.

The vehicle Simms took off in was stolen in an armed carjacking on April 22nd.