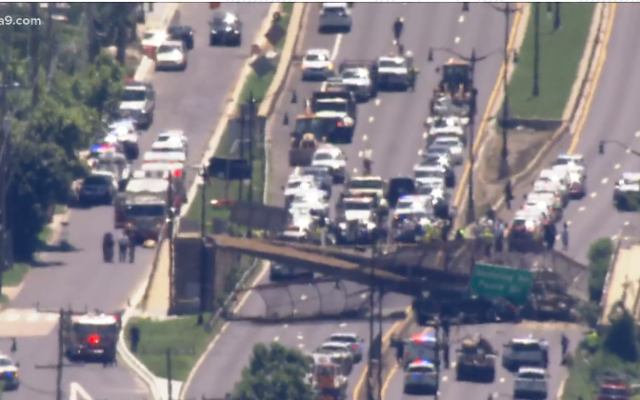 According to authorities, the bridge – located at Kenilworth Avenue and Polk Street, NE – collapsed just after noon. DC Fire and EMS officials are on the scene and checked for vehicles beneath the bridge and reported no one was trapped.

Officials said six people were checked out for injuries and four people were taken to a nearby hospital for treatment for their injuries. DC Fire and EMS’ hazmat unit is also on the scene cleaning up a diesel fuel leak from a truck that is partially beneath the bridge.