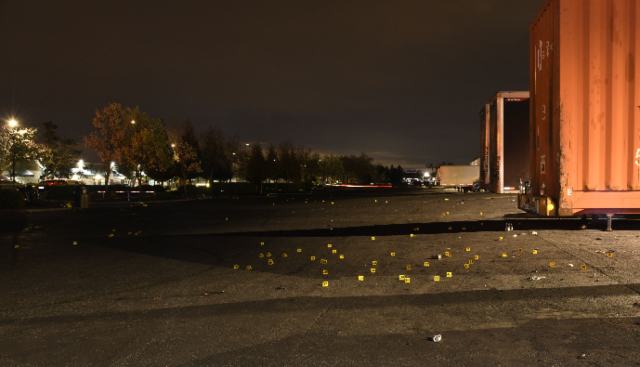 PORTLAND, Ore. — Several people were shot during a street race in North Portland attended by hundreds of people just after midnight on Monday morning.

Two adults and two juveniles, the youngest being 11, walked into the hospital with gunshot wounds.

Adrian Ramirez, 21, was arrested for attempted murder, assault and unlawful use of a weapon.  He was among those shot, although police have not said by whom.

“Street racing is not only illegal, can turn into a dangerous crowd event, drawing not only participants, but spectators,” said Portland Chief Chuck Lovell.

Investigators believe there could be additional victims or suspects.  Officers were made aware that children as young as 5-months-old were in attendance.

“We are fortunate that no one was more seriously injured or killed over the weekend.  Unfortunately, these take considerable resources to address and can be hazardous for not just those involved, but innocent road users who often are affected. As a city, we must work together to hold those committing these illegal street takeovers accountable,” Chief Lovell added.

The City of Portland saw a decline in street racing due to targeted efforts last fall, but police say this is an indicator that there are many who are organizing to start engaging in this illicit and dangerous behavior again.

More than 100 people have been wounded in more than 370 shootings in the city this year.