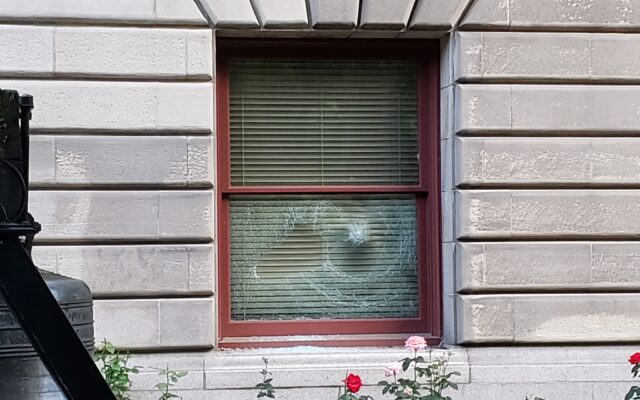 Portland, Ore. – Portland Police declared a riot after a crowd smashed windows at City Hall after trying to set the Justice Center on fire, one year after George Floyd was murdered by a Minneapolis police officer. Authorities say the crowd was yelling “Burn the building down”,  around 9:30 last night. They pushed a burning dumpster against the Justice Center at 3rd and Main. Others were throwing frozen water bottles and eggs at officers and metal spikes into the road. About a half-hour later, the crowd moved to City Hall where they smashed windows and tagged the building. The group moved around downtown, blocking streets and breaking windows before they dispersed. Police made five arrests.

The following people were arrested and booked into jail: