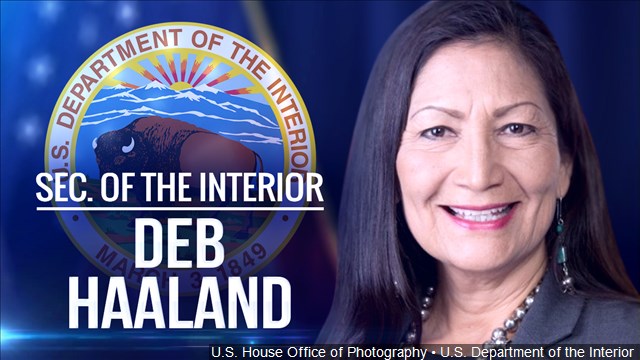 As our community holds several events focusing on murdered and missing indigenous women this week, the Biden administration’s announced a new “Missing and Murdered Unit.”  It would have extra funding, officers and staff. The goal is to target a long standing problem.

U.S. Interior Secretary Deb Haaland is the first American native woman to serve in a President’s cabinet.  She said,  “It’s heartbreaking to know that our loved ones are at an increased risk of harm.”

She says the Biden administration is taking steps to address a crisis of missing and murdered indigenous people. “Approximately 1500 American Indian and Alaska Native persons have been reported as missing and those are only the individuals we know about.”

People also gathered for a vigil at Salmon Street Springs in Portland. One speaker said, “With everything that our people face I shouldn’t be here today. But I am. Because our people are resilient and strong. We are seeds. No matter how many times you try to burn us and bury us we come back stronger.”