23 Arrested In Riot At North Precinct 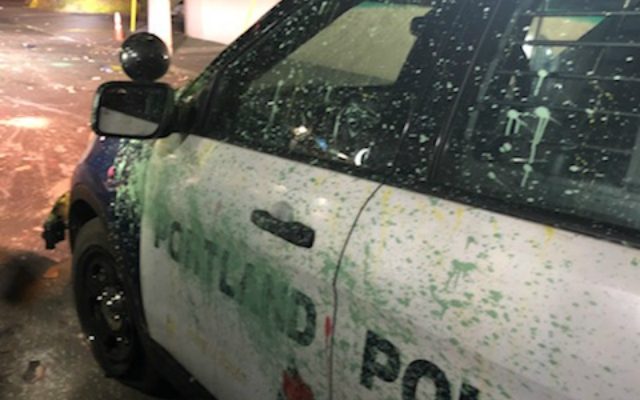 PORTLAND, Ore. — A demonstration outside the Portland Police Bureau’s North Precinct on Sunday night was declared a riot by police and 23 people were arrested.  The building has previously been the target of violent protests where demonstrators tried to set it on fire with people working inside.

A crowd of around 200 marched from Woodlawn Park at Northeast 13th and Dekum just after 9:30pm to the precinct on Northeast Emerson Street.  Police say demonstrators threw sharp chunks of ceramic, rocks, glass bottles, mortars, metal screws, paint bombs, and at least one balloon filled with feces at officers.  A security camera was spray-painted and the address of an officer was scrawled on the side of the building. 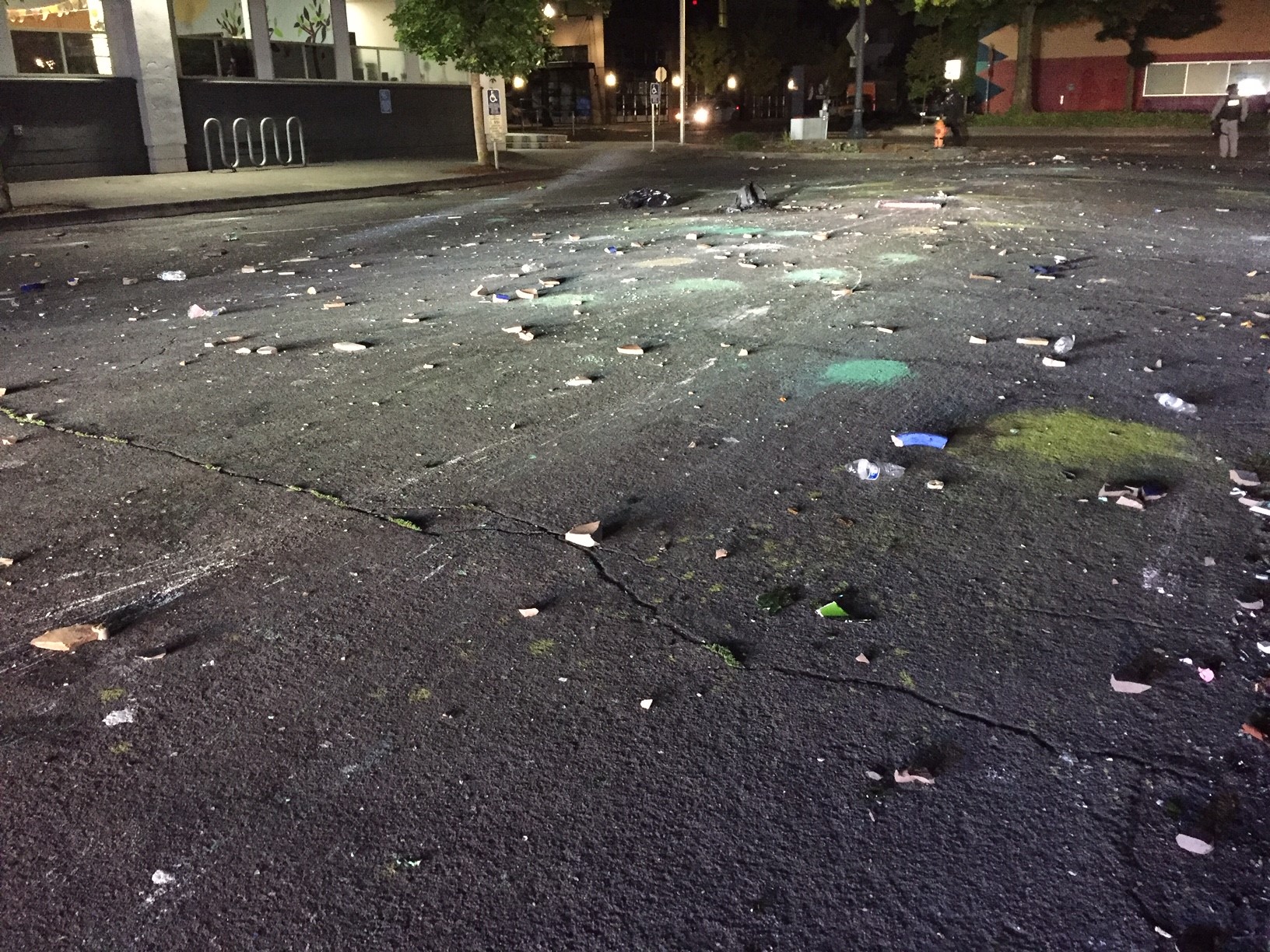 Two awnings outside the building were lit on fire.  One fire burned the side of the building and another nearly caught a tree on fire. 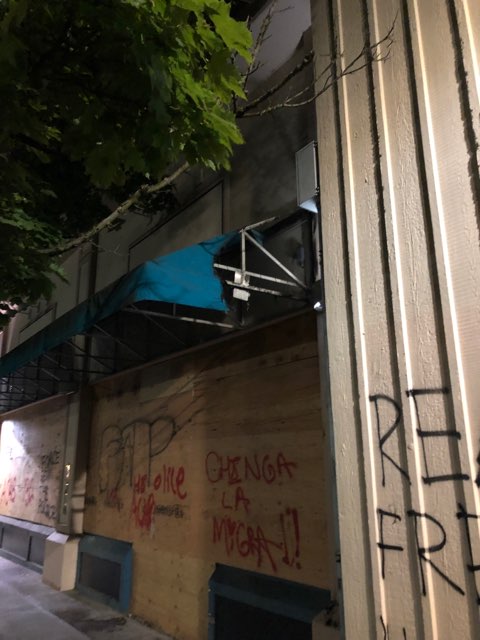 The group set fire to a dumpster and pushed it into the street at NE Martin Luther King Jr. Boulevard and Killingsworth Street.  They also set a flatbed trailer on its side as a shield.  Police vehicles were vandalized and demonstrators shined green lasers at officers.

Reiterating: the event at North Precinct is a RIOT. Leave now or you will be subject to the use of munitions, including, but not limited to, tear gas and impact weapons. Leave to the south.

A suspect was arrested for striking a sergeant in the head with a helmet.  A lieutenant was cut on his after being with a chunk of flying debris. 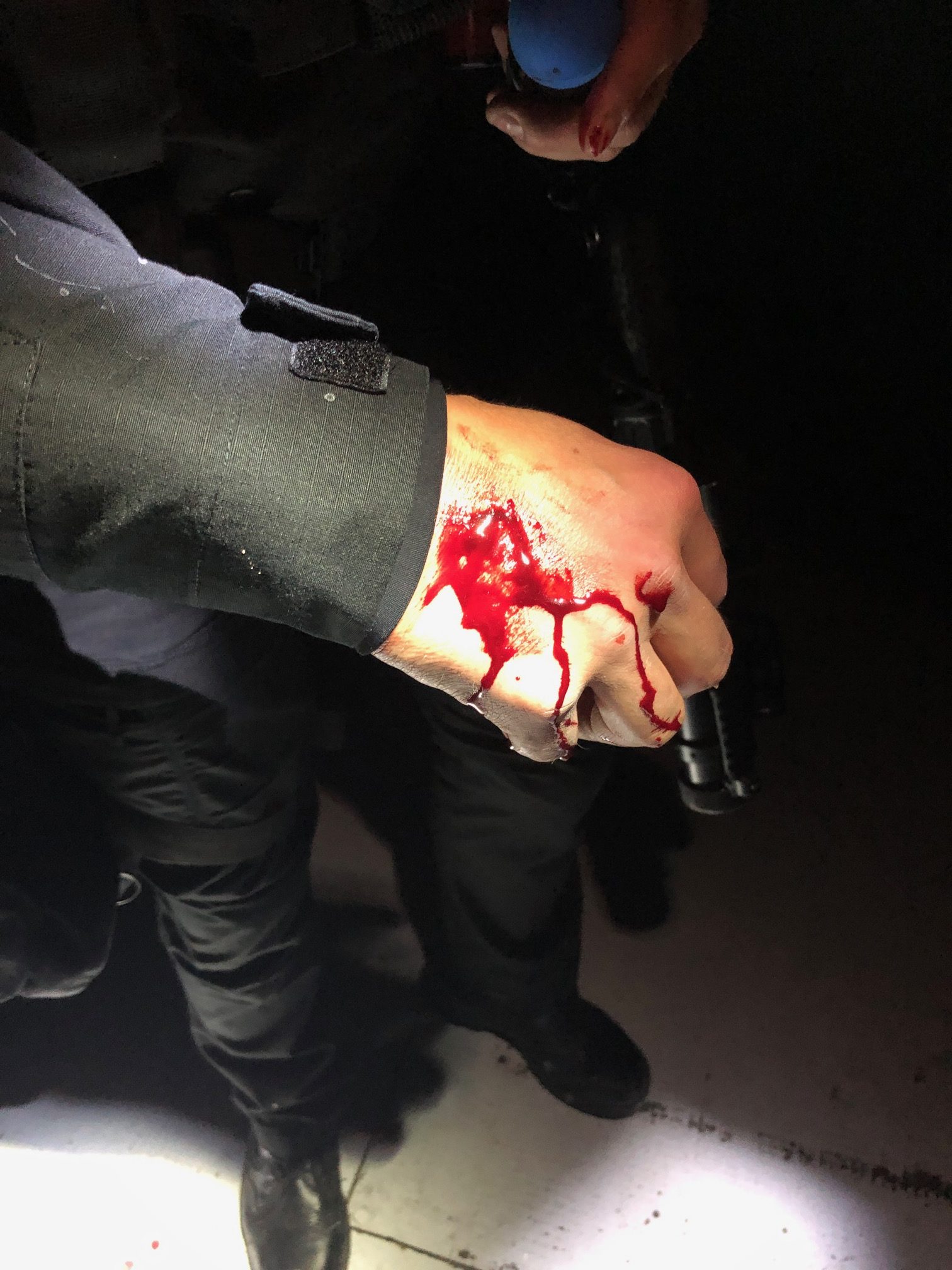 Police used CS gas and crowd control munitions to clear out the crowd on at least three occasions after declaring a riot due to “extreme threat to life safety and the aggression of the crowd”.

There was an incident with a security guard in a car who got blocked in by the crowd before turning around and leaving.