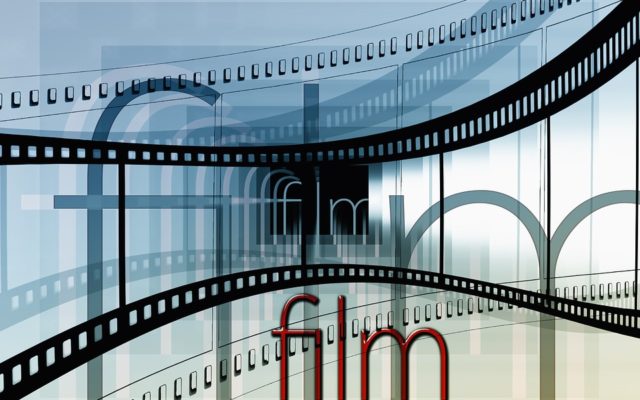 Movies were better in 2019. At least I found myself liking more of them than most years. Movies also made a killing at the box office in 2019.

We saw six movies based on super hero comic books released in 2019. Four of them ended up in the top-10 best grossing films of the year. Three are from Marvel and one — Joker — from DC Comics. The other two are Shazam! (19) and Dark Phoenix (44).

Four of the top-10 grossing movies are from Disney. That includes Star Wars: Episode IX – The Rise of Skywalker which is owned by the studio. The income total for the four films is approximately $1.117 billion.

Of films in the top-10, three are good movies. One — Joker — is a great movie. The rest rank from so-so to awful. I’m confident I’m the only critic that included Toy Story 4 on my worst of the year list. While it isn’t the worst movie by a long shot, it is one of the most disappointing and — in my opinion — was done purely to pack in some profit.

In 2019 we saw 27 sequels and 16 remakes. Proof — as I’ve been saying for years — that the movie industry is rapidly running out of fresh ideas. The remakes include the awful live-action versions of Disney animated classics.

The good news is not as many TV shows as usual got made into movies. Two of the four — Downton Abbey and Dora The Explorer — were well done and fun. The other two Charlie’s Angels and the animated version of The Addams Family, sucked.

Movies were longer — or seemed so — in 2019. For those that saw it in theaters, the biggest bladder buster of them all is The Irishman. It ran 3:29. I caught it at a 10 a.m. screening. I get up early and drink a pot of coffee before 10. No way do I make it through that movie.

In my review I sent this message to director Martin Scorsese: Gone with the Wind, Ben Hur and The Ten Commandments had intermissions.

Other movies busted bladders, too, but there are too many to note them individually. The Irishman hasn’t been that much of a problem for most who’ve seen it and who will eventually see the film. It had a very brief theater run for award consideration and then went directly to Netflix where people can hit the pause button when nature calls.

The other two films getting lots of award attention are The Two Popes and Marriage Story. They, too, were done for Netflix and after an even briefer theater run, ended up on the network.

The Future of Movies & Theaters

A few years ago I interviewed actor, writer, director Dax Shepard and his wife Kristen Bell. He’s best known for the TV show Parenthood and her resume includes both Frozen movies. In our conversation, he said TV is the “new movies.” In other words, Shepard and Bell feel that people now would rather see movies in the comfort of their own homes and that some of the best work being done in movies is being done for streaming services and for television.

Translation: people are much happier watching movies in the comfort of their home.

The Irishman and Marriage Story seem to prove that point. However, some of the films I’ve seen on Netflix aren’t all that good and looked more like the crap we used to endure on TV movies of the week than anything original or worth watching.

I’m not a TV watcher so I can’t comment on that side of things.

That said, Netflix, Apple and Amazon are making more movies. Instead of putting them in theaters, most go straight to their streaming services. This is the future. So where does that put theaters?

In 2018 Regal was picked up by Britain’s Cineworld and Chinese-owned AMC bought out Carmike in 2016. It is the biggest chain in the world and Regal is a close second. Both chains are going all out to get people back into theaters. They have instituted monthly pass options that seem to be having positive results.

That leads to more questions than answers. How does it impact profits? Theaters still have to pay the movie studio most of the price of a movie ticket. Can they sell enough popcorn, sodas and candy to offset that bottom-line cost?

Will studios cut theaters a break in order to get people back into them to watch their products? That remains to be seen. And — last — when does Regal or Cineworld or AMC start making their own movies?

Other movies busted bladders, too, but there are too many to note them individually. The Irishman hasn’t been that much of a problem for most who’ve seen it and who will eventually see the film. It had a very brief theater run for award consideration and then went directly to Netflix where people can hit the pause button when nature calls.

The best film: The Irishman. There is no competition. It is just the best of the bunch when it comes to story, acting and directing. The movie is based on a book and it appears that Martin Scorsese put every page of that book into the movie.

Honorable mentions in no particular order

Parasite: The most original film of the year.
Jojo Rabbit: Nazis have never been more interesting, or dare I say fun? You have heard a lot of criticism of the movie promoting Nazism but if you see it, you’ll note that the criticism is unfounded and unfair.
Uncut Gems: Finally, Adam Sandler does some real acting and he’s incredibly good.
1917: The most original use of cinematography in decades.

So many movies and so little space. As always, I am picking from films that were supposed to be incredible but — in my book — ended up terrible disappointments. The three that stand out the most are:

Star Wars: Episode IX – The Rise of Skywalker: The franchise died when Harrison Ford’s Han Solo was killed in “The Force Awakens.” And the reboot movie trio just isn’t that much fun. It was the fun and the swashbuckling adventure of the first series that made us fall in love with Star Wars in the first place.
Toy Story 4: The third movie was the perfect ending for Woody and his toy pals. It’s the only movie I’ve ever been to where critics cried. That says it all. I cried in this one because it appears to have been made simply to pad profits.
The Good Liar: Coulda and shoulda been a great film considering it has two of the best actors of all time, Helen Mirren and Ian McKellen. It just gave them nothing original to do.

Joaquin Phoenix tops the list for his incredible work in Joker. He goes from hysterical laughter to real tears in mere moments and perfectly plays a man pushing the envelope of sanity. Plus, for once the D.C. Comics’ character is actually in a good movie.

Close but Not Quite

Adam Sandler: He ought to be doing drama all the time. His work in “Uncut Gems” is a gem.
Edward Norton: Plays the perfect Tourette syndrome victim in the mystery thriller “Motherless Brooklyn.”
Shia LeBeouf: He wrote “Honey Boy” based on his boyhood acting experiences with his father and then plays the father character in the movie. Brilliant piece of acting and close to as good as Phoenix.

Why does it seem Adam Driver was in every movie in 2019? He did four Star Wars: Episode IX, Marriage Story, The Report and The Dead Don’t Die. Add that to the three from 2018 and the guy seems ubiquitous and like he’s in every movie you see these days.

Also, Driver can’t stand to see his own films or clips of films and actually walked off the set during an interview on an NPR talk show and apparently has an interview phobia.

Cynthia Erivo’s work in Harriet gets my nod for the best. This is a really powerful performance in a movie that ought to have been longer and gone deeper into Harriet Tubman’s incredible life. The abbreviated, two-dimensional story is unfortunate. Erivo manages to overcome that and give Tubman three dimensions. Look for her to win Golden Globes, the Oscar and other awards. She’s that good.

Close but Not Quite

Scarlett Johansson and Jennifer Lopez: Johansson’s work in Jojo Rabbit and Lopez’s acting in Hustlers is supporting acting. But both give mind-blowing performances and helped anchor their movies.
Emma Thompson and Cate Blanchett: Thompson made the cheesy chick flick Late Night a total hoot. Blanchett thrives on complex characters, shines in this one and in Where’d You Go, Bernadette, joins Thompson as one of the year’s two best female narcissists.

The Dead Don’t Die and Zombieland: Bill Murray, Adam Driver and a slew of who’s who actors and zombies? What’s not to like? The Dead Don’t Die wastes them all and — unfortunately — turned out to be dead on arrival. The same with Zombieland. We love the characters and the first movie is the best zombie movie ever. The really unnecessary sequel is one of the worst.
A Beautiful Day in the Neighborhood: More Tom Hanks and Mr. Rogers and less of the made up story about the reporter.
Yesterday: We all love The Beatles and this almost sci-fi comedy about a world that doesn’t remember them had incredible potential but with nowhere to clever to go, falls flatter than a badly done three-part harmony. And really, who thinks songs with lyrics like those of I Want to Hold Your Hand and She Loves You would have people going ga-ga over a singer/songwriter?

Today they’d be laughed at.

Three movies this year get the award for being the most fun:

Knives Out: A wonderful and very funny and quite original whodunit.
Good Boys: What pre-teen boys don’t know about sex had me howling and produced the most laughs done in any movie this year.
Brittany Runs a Marathon: First of all, I fell in love with Jillian Bell who is really good in this deep and deeply written comedy about a young woman battling weight, insecurity, love and the grueling training it takes to run a marathon.

Dolomite is My Name: Eddie Murphy has a blast in this one and while few people saw the film, this biopic is getting much deserved award nominations for Murphy and the movie.
Fighting with My Family: No wresting for me on picking this one. It’s a biographical account of a family of wrestlers and how one of them managed to capture the attention of the WWE. Lots of laughs and some dramatic moments.

John Wick Chapter 3: I lost count on the body count halfway through the movie but who cares?
Midsommar: Ari Aster’s second flick is as disturbing a horror movie as you’ll ever see.
Hobbs & Shaw: Two Fast & Furious characters get their own movie. It’s predictable but Dwayne Johnson and Jason Statham have a lot of fun and it translated to a lot of fun for the rest of us.
Happy Death Day 2U: I didn’t see the original film but the sequel is the most fun I’ve had with a horror movie in a long time.