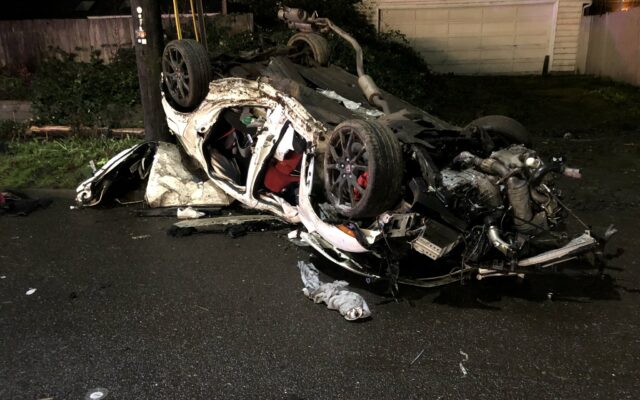 Officers responded to the crash at North Lombard and Chautauqua just before 3:00am.  The car spun, flipped over and struck multiple objects including a utility pole, ejecting two of the three people inside.

The deceased have been identified as 27-year-old Jessie Ugelstad and 26-year-old Steven Alcorn, both of Portland.

Investigators say the vehicle was speeding when the driver lost control.  Alcohol is also believed to be involved.

The Portland Police Major Crash Team is investigating the city’s 64th and 65th traffic deaths of the year, the most since 1987.