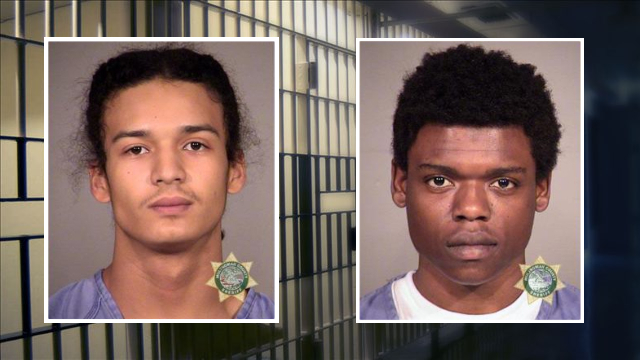 PORTLAND, Ore. — Two 19-year-old men were arrested for robbing a woman of her car at gunpoint following a shooting in Cathedral Park on Sunday night.

The woman called 911 just after 8:00pm saying she was carjacked outside the park.  She was not injured.

An officer in an unmarked police car spotted the stolen vehicle near North Sumner Street and Maryland Avenue.  Officers challenged the suspects and three people were detained.

Rico Cabrera and Faysal Osman, both 19 years-old from Portland, are charged with First-Degree Robbery.

Investigators believe there are other suspects involved with the shooting and carjacking.