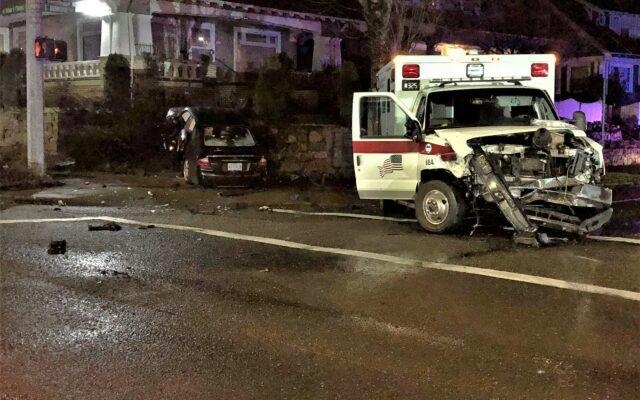 Two paramedics as well as an alleged impaired driver were sent to the hospital with injuries after a serious crash.

Officers say that, “The driver and passenger paramedics were conscious but hurt.”

They were taken to the hospital with serious but non life threatening injuries.

The driver of the sedan was unconscious.

He was taken to the hospital with serious injuries.

An investigation determined that the ambulance was driving east on East Burnside Street when it was struck by the northbound Subaru.

There was no patient in the ambulance at the time.

According to Police, The driver of the Subaru, Lacorius M. Jenkins, 18, was issued a criminal citation at the hospital for Driving Under the Influence of Intoxicants and Reckless Driving.