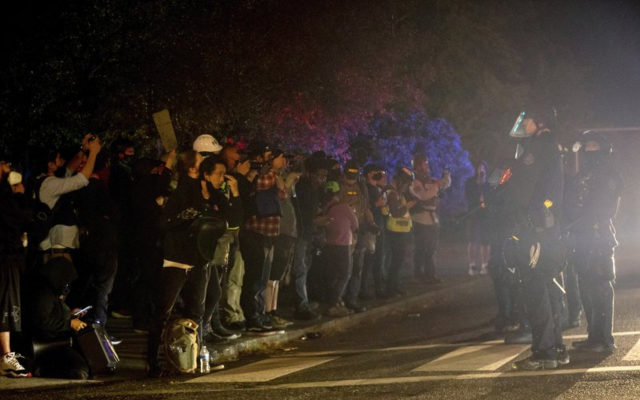 PORTLAND, Ore. — Two officers were injured and sixteen people were arrested during another clash between demonstrators and police in North Portland on Sunday night.

An unlawful assembly led to a riot at the Portland Police Association headquarters for a second straight night.  A group of about 200 people marched from Kenton Park to the union offices on North Lombard around 9:30pm.

The group lit a fire on the sidewalk outside the building and blocked the road with dumpsters and fencing.  A fire truck and ambulance headed to a medical call had to reroute around the blockade.

The crowd threw eggs and commercial-grade fireworks as Portland Police and Oregon State Police tried to disperse the crowd.  A mortar injured two officers who were treated at the scene.  One officer was burned on her neck and her face mask was partially melted.  A Sergeant standing about 10 feet away was injured by a piece of a firework that impacted his leg. 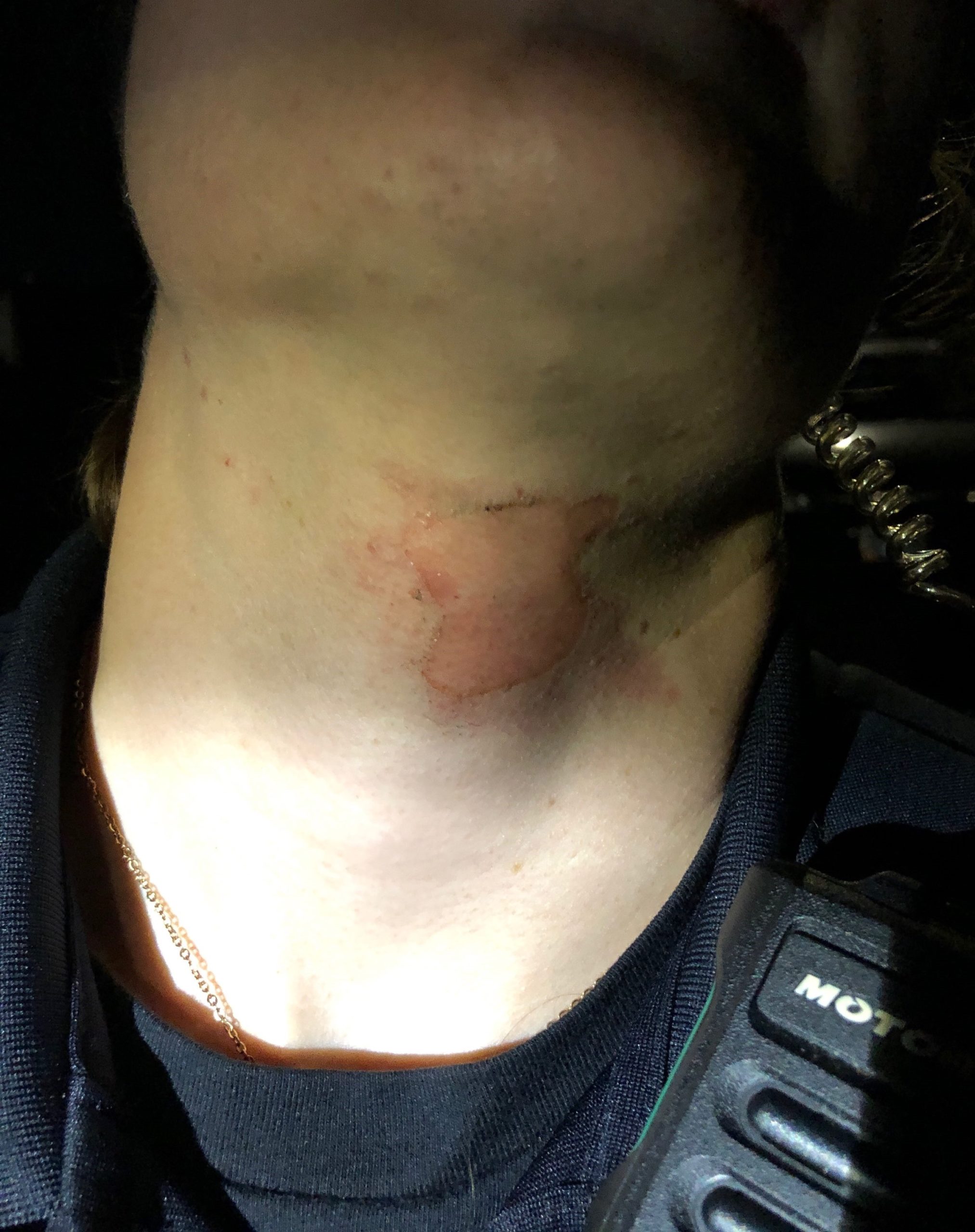 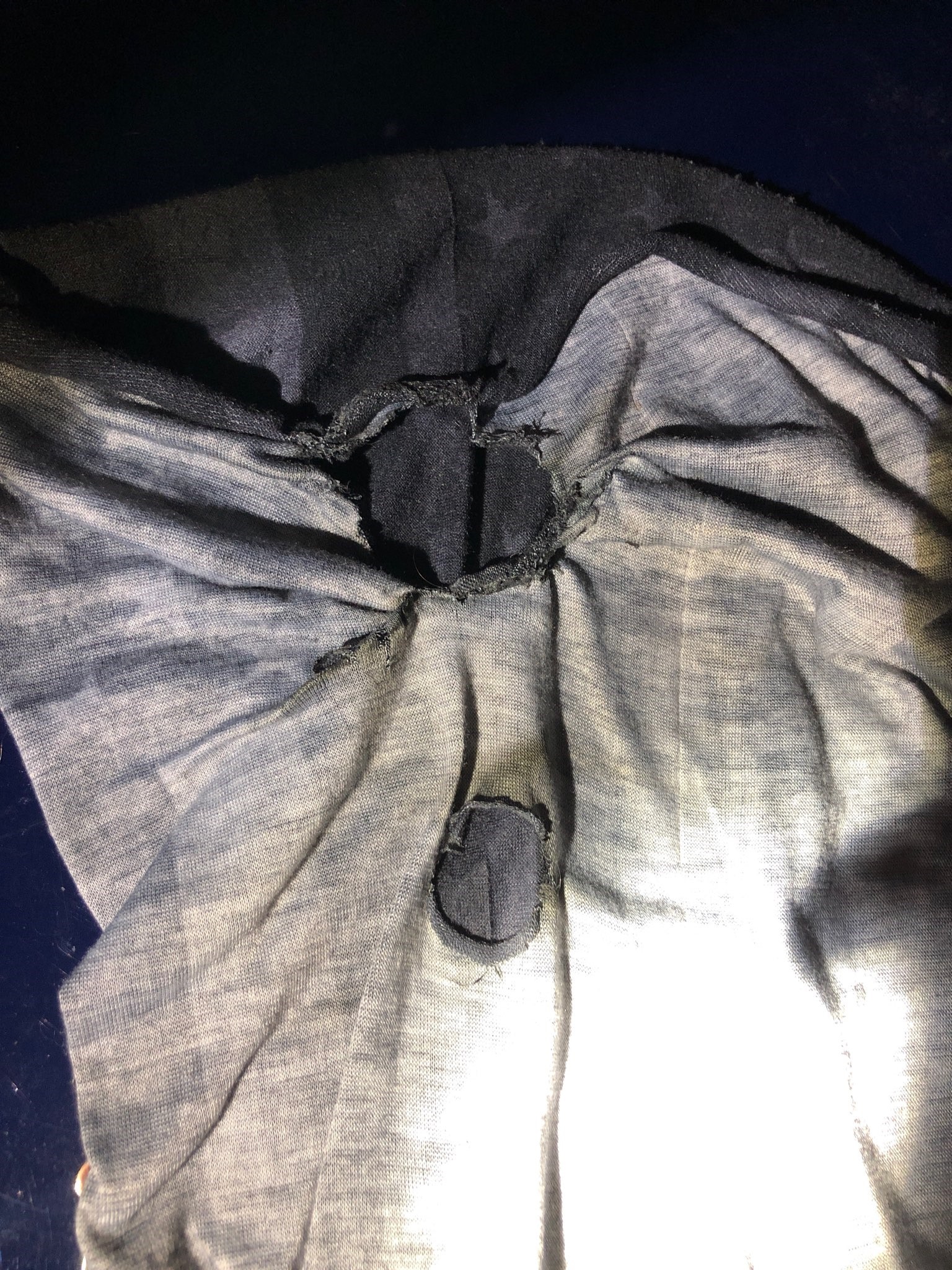 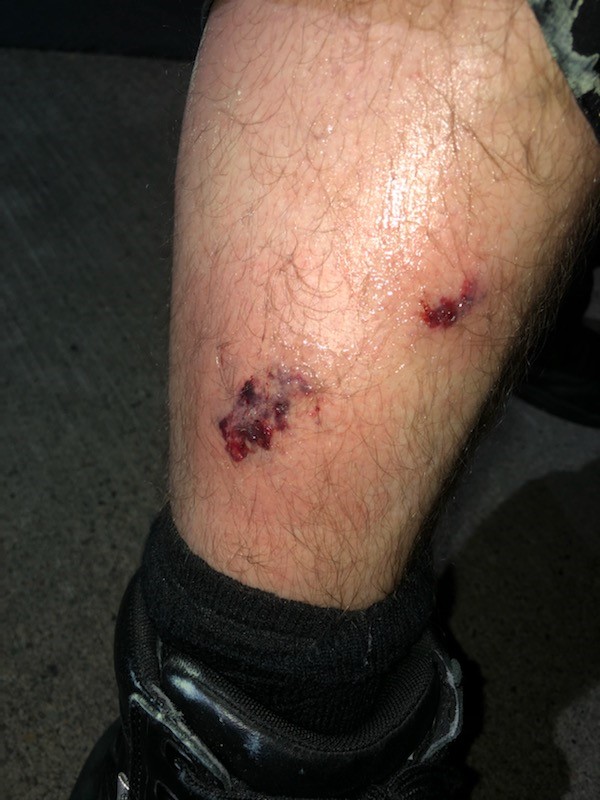 As police moved the crowd back, most of the demonstrators went back to Kenton Park.  A riot was declared just after 10:00pm due to the attacks on officers.

The gathering has moved into Kenton Park. This is still a riot. You are ordered to disperse to the NORTH or to the WEST. Disperse immediately.

The crowd was warned that their gathering was a riot and they needed to leave as police continued to break apart the crowd.  A smaller group moved back to the police union offices and several people were arrested.

Police say officers left the area in an effort to deescalate the situation.  Some demonstrators moved back into the street, blocking Lombard and setting fires in the road before eventually dispersing.