1000 People In Washington Have Now Died From Covid-19 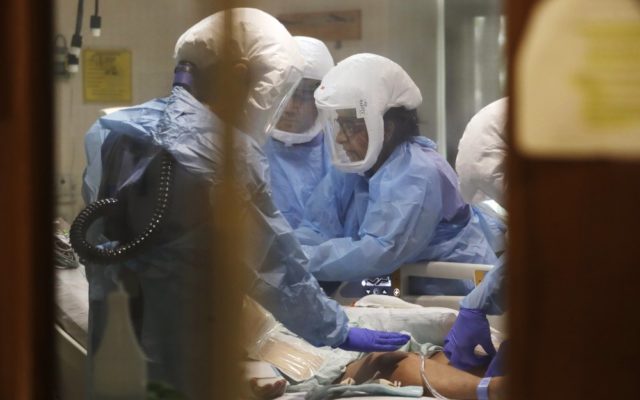 SEATTLE (AP) — The number of deaths in Washington because of the coronavirus has reached 1,000, the Washington State Department of Health reported Saturday.

The agency added eight more deaths and listed the total number of confirmed cases at 18,288.

The first confirmed case of COVID-19 in the U.S. was in Washington state. On Jan. 20, a man tested positive. He had been traveling in Wuhan, China, where the outbreak appears to have originated. He returned to the Seattle area on Jan. 15 and days later began showing symptoms.

The Seattle-area also saw the nation’s first deadly coronavirus cluster at a nursing home. The Life Care Center of Kirkland was linked to more than 40 deaths.

The state is currently in the process of reopening, with most of the state in phase 1 but some counties in phase 2 of Gov. Jay Inslee’s plan.

Also, Inslee said Friday that Washington will not require restaurants to get customers’ contact information as initially planned as part of reopening amid the pandemic.

The Democratic governor’s office in a news release said that instead, businesses are asked to keep a list of those who voluntarily provide contact information.

He said the state only needs information from one person per household, and it will only be shared with public health officials if it turns out they might have been exposed to the virus.